Oooops, it appears that I forgot the Weekly Round-up… It published this morning at its customary time of 9 am GMT – without me finalising it. So those of you who looked at it early only got  the list without much else. You see, I compile the round-up all through the week by opening a post and having it scheduled for the Saturday morning release. Then I add the note-worthy tumblr links as I discover them during the week. Usually I finalise the post on Friday evening, writing a little introductory note etc. And updating the header with the number of the week we are on. All that fell by the wayside yesterday because I got stuck in a TV series that I started watching. (Ashes to Ashes (BBC 2008), for anyone who cares to know – the follow-on from Life on Mars (BBC 2006).)

So not only had I missed finalising my Round-up, I also had messed up my header when I saved it for week 12. So I had to create a new one this morning. I’ve decided to be up-to-date and make this about Richard’s upcoming film. With a little nod to a typical tumblr meme – the superimposing of the tumblr logo onto a character to symbolise how the community feels about something… Here it is:

Ooooh, week 13. That’s a lucky number in my book. So let’s start off with something where you need a bit of luck…

A short list this week. I probably have missed a lot of stuff, but then there was also a lot of stuff relating to ITS and Cinemacon which were well-documented on blogs, so I didn’t see any point in including them here. Let’s see what the creative community will come up with next week, now that we have plenty of new material available from the Cinemacon event.

Have a great weekend, everybody, and sorry for the snafu. 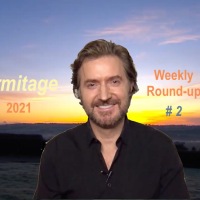 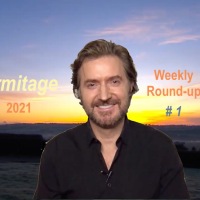 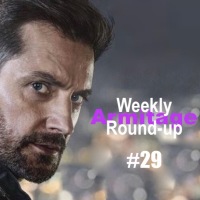