Inspiration can come from the most unlikely sources. Broken bits of children’s toys found at the bottom of a trunk. The ripped and torn remains of a poster on a wall. A TV show I had no intention of liking. Honestly. I never set out to “enjoy” Hannibal. In fact I was decidedly “anti” in the run up to it, and I bemoaned my favourite actor’s participation in a TV show of dubious moral value months in advance. I wouldn’t say that I am exactly eating my words, now that Hannibal is over. Not all of my reservations have been put aside. But I’ll credit the actor I call my muse and my inspiration, the show, and the fandom that bolsters the latter with its enthusiasm with one thing: They really hit my creative bone.

… to the actor who wows me with his performances

Bravo, Richard. I had my doubts about this role when news of it surfaced. A horror show – would I like to see my favourite actor in an unsavoury context? Having seen the six episodes of Hannibal which comprised your work on the show, the answer is yes. And how could it have been otherwise? With your usual aplomb and skill, you made the role your own, imbued Dolarhyde with life, and made him a character worthy of our empathy. That is what I love about your acting: You give us more than the mere motions (although movement is integral to your characterization of your roles). You manage to convey a whole subtext with your subtle acting choices, the modulation of your voice, minute expressions. You are never wooden, but always fluid in your representation of a character, and it is clear from your portrayals that you have made an effort to *understand* the character, to think like him, to *be* him. Thus, your Dolarhyde is not a pastiche loony serial killer, but a tormented human being in which we can find parts of you – and parts of ourselves.

I think this role will count as one of your strongest, most powerful portrayals. It is up there with Proctor and Thorin, in fact, it contains facets of either men – the madness of Thorin, and the inner conflicts of Proctor. I wish for you that this role will open more doors for you and bring new exciting opportunities to you.

To the makers behind the show that challenged my principles

Let’s be honest here: I thought that a show that idolizes a cannibal serial killer was the product of a sick mind, and that the glamorization of murder was morally dubious at least. I am not quite convinced of the opposite when it comes to the latter, but I take back what I thought about your state of mind. I am not an expert on your show because I only watched the Red Dragon story arc, but what I saw was gripping and fascinating. I could never really get beyond my utter disgust of Lecter, and some of the gore stretched my boundaries, but I enjoyed the rest. I liked the psychological games and the way you challenged our perception of good and evil, and of guilt and innocence. I appreciated the holistic aesthetics that brought cinematography, music, script, acting and design together to present a coherent and unique style. You are to be commended for giving Richard room to bring his own ideas to Dolarhyde’s portrayal, allowing him to make Dolarhyde a multi-faceted character, to evolve his acting experience and to thus widen his reach. Oh, and thanks for stipulating that half his scenes had to be acted in briefs :-D.

I’d also like to add that I very much appreciated your interaction with the audience. Of course I know that it is part of your marketing strategy, and more pointedly so in a situation where your show was cancelled only two episodes into the season. However, your social media interaction with the fans was the best I have ever seen from the “higher echelons of the entertainment industry”. You were personable and sociable, reacted to questions and comments, drew the audience in with extra information and material, and presented yourself as fan-friendly, and almost “one of us”. You engaged in a way that made the experience not seem like a one-way street. Thus you made the Hannibal experience more exciting, instrumentalizing and manipulating us or not. And for the first time *ever* I found myself happily getting behind your campaigns to drum up excitement for the show – that’s quite a compliment, because I have never felt obliged to act as an unpaid marketing assistant before. I hope you will find new outlets for your creative vision. 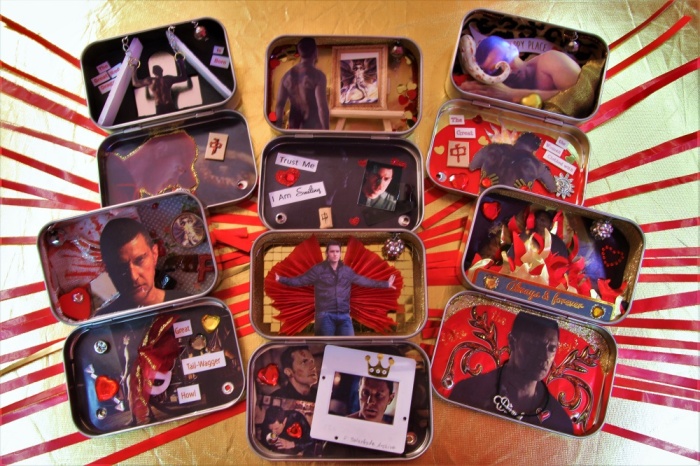 … to the fandom which surprised me with its creativity

Did I think you were nutters, idolizing a horror show about a cannibal? Possibly. But wait, that’s before I knew anything about you. I was very quickly impressed by the dedication and enthusiasm you displayed for your favourite show, and I really appreciated the inclusiveness with which you treated newcomers, and even critics, to the show. Rather than playing exclusively in your own little clique, you drew people in, reacted to tweets from outsiders (like me), making people feel welcome. Your concerted effort to support the show and those behind it, the way you embraced new cast-members, and your excited backing of anything Hannbal made you look like a unified group – which is particularly attractive when much of my own fandom seems to be fragmented, if not downright segregated.

But what impressed me most was the creativity that seems to be part of your fandom experience. It was only a chance sighting of a creative contest in the run-up to the show that introduced me to Freddie Lounds aka @tattle-crime, but my contribution was given the same friendly response as those of the in-crowd. I loved seeing @thetuxedos fantastic Hannibal fan art, and I am really grateful for having met plushie queen extraordinaire Nancy aka @_sinnamin in the fannibal Twitter community. I hope that your love affair with your favourite show will meet a happy ending and that a new host can be found for it.

… to all the individuals who engaged

… with the show, its creative collaborators, its fans – and with me. This was my first quasi-real time experience of a multi-part, filmed performance by Armitage, and I really enjoyed this communal, shared experience. I felt swept along on ever-crushing waves of excitement: the fannibals anticipating the new season of their favourite show, the makers impatient to share their work, the fans commenting on the individual episodes, sharing their insights and interpretations, and showing how they felt inspired by what we were all watching. In my usual Big Mama Bear-way I felt it was a bonding experience, very positive and mutually inspiring. Thank you for that! I found the Twitter-conversations very entertaining, and felt enriched by the mutual commenting on reviews. It really enhanced my Hannibal experience!

Which is why it was such fun for me to contribute to that with my little shrine project. Ever since the thank you-RAPSoids I had had this idea lurking at the back of my mind, that it would be cool to create a somewhat coherent body of work that extended beyond one single shrine. I don’t really think that my six Hannibal shrines present a coherent, comprehensible narrative that mirrors the story of the Red Dragon – not least because I shamelessly appropriated the material in order to indulge my own happy-clappy interpretation of Francis Dolarhyde. The individual shrines may not even represent the corresponding episodes they were made for. But I hope that the shrines themselves, and the fact that I made them, show that I loved “it”, “him”, “them”, and “you”.

PS: Dear shrine winners – now that the group shot is finally done, the shrines will go on their way to you asap. Thank you for your patience, Gai, Frauvonelmdings, Oaky, Armihyde, SheRA and Alessia! ❤

64 thoughts on “Serial RAPS’ing: Love You, [Insert Name of Choice]” 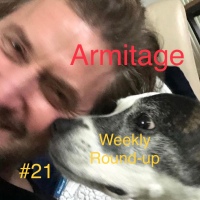 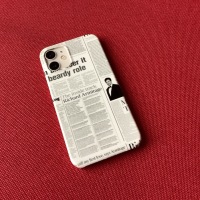 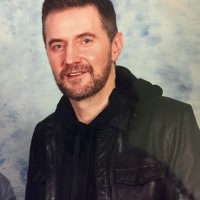