Today is one of those days. Do you know that feeling when you get up and you *know* that something is off and that the whole day is going to less-than-optimal?  So, to balance all that out with something that cheers me up, I have decided to distract myself with some light relief despite looming deadline and start the day with a RAPS post.

When compiling the latest RAPS stats the other day, it occurred to me that the Shrine Gallery is getting rather big and complex. Since the photos are my only record of the existing shrines (no prototype archive; all one-offs), I want to “file” them under the individual characters depicted. It’s also a good opportunity to reflect on the genesis of each shrine, and to go down memory lane in terms of fandom and what prompted the making of the shrines.

In no chronological order, but purely based on inspiration value, I am looking at John Proctor today. I want the sheer energy and principle of the man.

I made this shrine for Herba, some time towards the end of the run of TC. It is hard to see in the pictures, but I totally love the juxtaposition of the soft feathers in the background and the less-than-soft expression on Proctor’s face in this shrine.

I must confess, I also quite like the composition of my photo up there. A nice example of a deliberate crop that leaves some essential RA in there (beard, NOSE!!!), yet still makes clear that the RAPS is the centre of attention.

Photographing the shrines is a major part of the whole project. Staying with the mini tins, I really like how the next photo turned out. Thanks to some shallow dof, angelic RA/Proctor sits in the middle of the stage.

*teehee* I had forgotten about this cheeky commentary. Proctor in rehearsal, with angel wings and a halo. Not really what immediately springs to mind…

And then came what has been dubbed “Nipplegate”. Do you remember it? As far as I remember, it became a thing because some video footage of TC had been released (the Digital Theatre release???), and some fans were allegedly “trivialising the seriousness of the character and play” by focussing on the peekaboo Nipplitage in posts, pics and gifs… (for evidence see right).

That kind of thing always gets my back up. So Guylty immediately sprung into action and produced a shrine, showcasing the unmentionable. Heck, if they are producing costumes as delightfully tatty as that, for an actor as delightfully totty as that, we must give them the attention they deserve!

And thus, this naughty little number happened in March 2015: 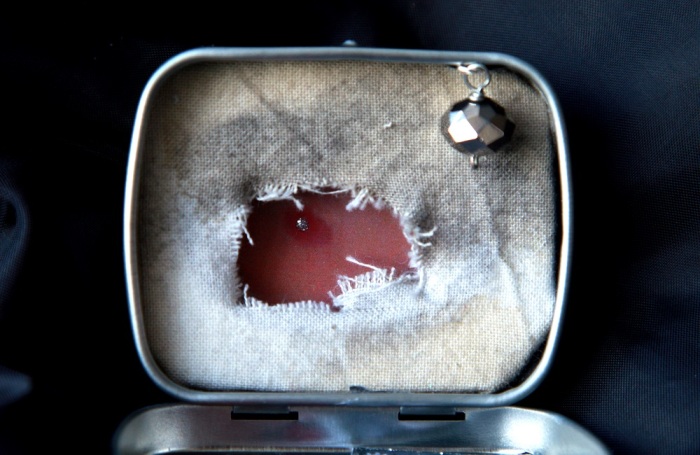 (You have no idea who I had to bribe to get my hands on the costume scrap… just kidding!)

Fast forward five months. TC long over. Wistful memories of the previous year’s ‘summer of love’. This one was custom-made for Hariclea, with a few little prompts thrown in just for that opera-loving lady. Sometimes everything simply falls into place even though the details had not even been planned prior to shrining. Divine intervention? I had decided to incorporate the crest of the Royal Opera House – and once in the shrine, I was able to “balance” it around Proctor’s head in such a way that he looks like a king… I even like the coincidence of the word “Dieu” peeking out over his left shoulder , and the word “Droit” on the right . Oh, and chest hair!!!! 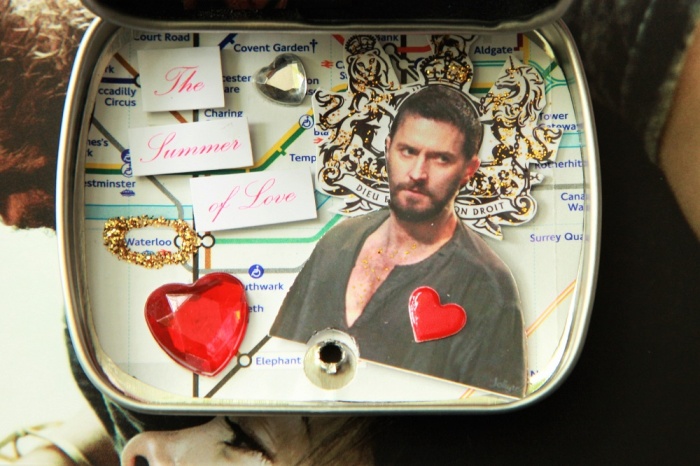 The penultimate Proctor shrine  (made for Linda60) sums up the character in rather plain fashion. 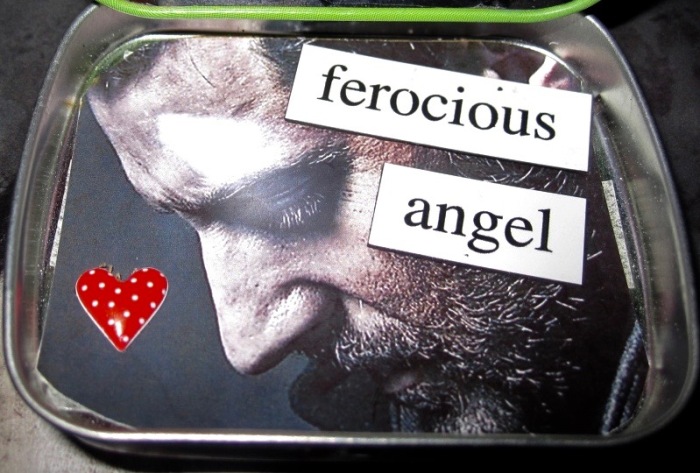 Lastly, a bonus Proctor. Just a small one, as part of a series of shrines made for the supporters of the ##cRAftingforcharity auctions in September 2015. (With that white foamy background, it looks as if he’s in the shower, doesn’t it? Unintended…)

Right. For the direct comparison – the whole shebang in one collage:

Conclusion: Can’t believe that all the Proctor RAPSes are in mini and small tins. This larger-than-life chaRActer needs a bigger platform. Proctor XXL?

Which one did you like best? And what’s your favourite picture of Proctor – either officially photographed or screen-captured? Link them into the comments. Inspiration is always welcome.