I’m really drawing this out by posting individual questions per day. Some of the other up-takers have already progressed much further down the line. At least it gives me light relief on a day like today when I am – ironically – working while Europe takes a day off for Labour Day… Mind you, the relief isn’t really that light, because today we are looking at the saddest moment. Let me just precede *my* choice of saddest moment by saying that I get pretty upset *every time* that one of RA’s chaRActers dies. The one that pierces my heart every time, is this…

Many many reasons. Apart from the fact that this is just the saddest possible demise for a hero, I also found sad that this is how the writers of the show sent him off. On the plus side, this was the scene where it really sunk in for me that Armitage didn’t just look pretty, but that he really could act. Realising that Maya’s death was ‘for nothing’, Lucas chokes, his hand gripping the gun is shaking. And even though Harry throws him a bone and promises to help him, Lucas does not see any way out. ‘I can’t go back in prison. You know I will die there.’ Damn fine acting. Still a performance that makes me feel that massive stone of sadness in my belly. More than Gisborne’s death did – who had somehow redeemed himself. Or Proctor going off stage to face the gallows – after reaffirming the love between himself and his wife, going to his death more or less voluntarily.

BTW, a close second is John Porter talking to his daughter via computer, hearing of his wife’s death and realising that – yet again – he is not there when his daughter needs him. It’s just 2 seconds, when the video link is cut, and Porter let’s go of his regret and sadness. The gestures and the wide-eyed despair are just spot-on:

Lastly, I will mention Thorin’s death – a total choker, the painful breathing, the voice modulation. He is totally acting this with his eyes, and they say everything that Thorin still needs to say to Bilbo. Masterful.

Sorry for putting a dampener on your bank holiday. Take it as this: Armitage really excels when performing emotional distress. As sad as the scenes are in context of the respective chaRActers, they are simultaneously a testimonial to the performer’s acting abilities.

Which scenes from Mr A’s oeuvre do you find saddest? 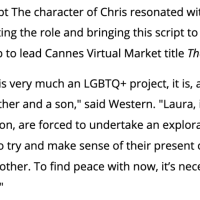 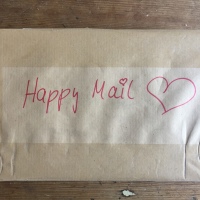