Yet another shrine? Well, that’s what happens when there is nothing on TV 😉. Last Saturday the Eurovision Song Contest was on. Even readers from the US know by now that the Eurovision is a massive TV event every year, despite being derided by the majority of people. I used to watch it religiously every year when I was growing up. Later I watched it ironically when I was a student. At this stage, I couldn’t really be arsed anymore, not least because the whole thing has just become too big, too long and too tedious. Nevertheless, my kids still think the cheesiness of it all is hilarious, and every year they make us draw the countries from a hat to see who is ‘backing’ the winner. So while the family and assorted friends were watching cheesy ballads being sung, monumental dresses being turned into projection screens, and vigorous pyrotechnics being fired, I hid myself behind the laptop screen and spontaneously launched a search for suitable shrine imagery. With the family distracted by the TV event, I sneaked off to my workbench and fumbled away with bling, scissors and glue, and within the course of the evening (the Eurovision takes four hours!!!) I managed to create two little shrines. You’ve seen the first of the two already (Macduff), but here’s the other. 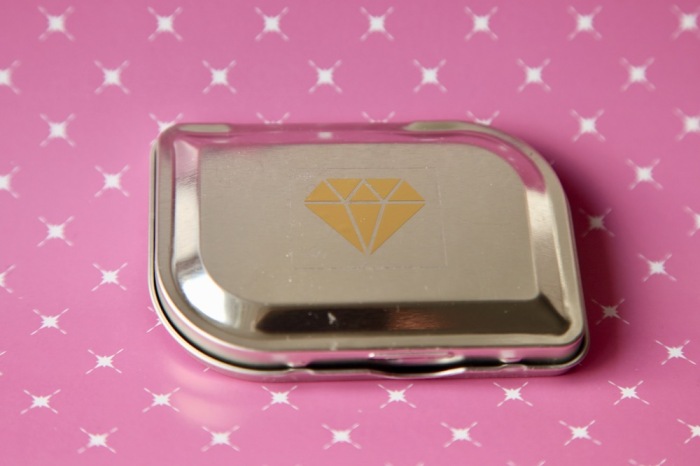 Fairly unspectacular outside. Can you guess what is coming inside? 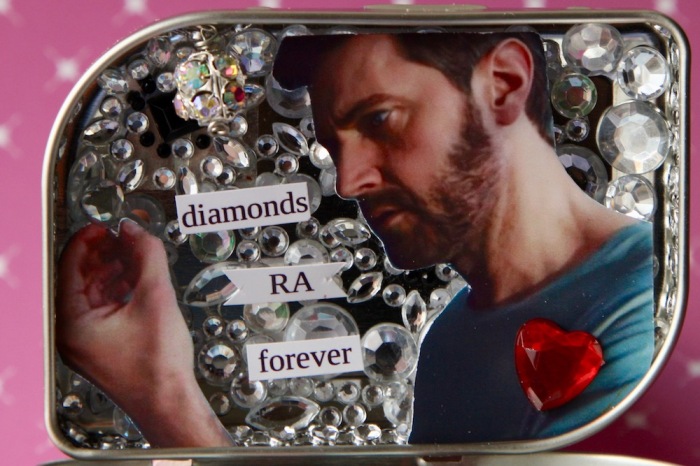 Yes, with the promo ramping up ahead of its June 8 release (USA! – *hmph* UK and Germany will only follow on 22 and 21 June respectively, *meh*), I felt it was time that I made an Ocean’s 8 shrine. Why is Claude Becker (pictured above) so irritated by a little heart-shaped diamond, one wonders…? 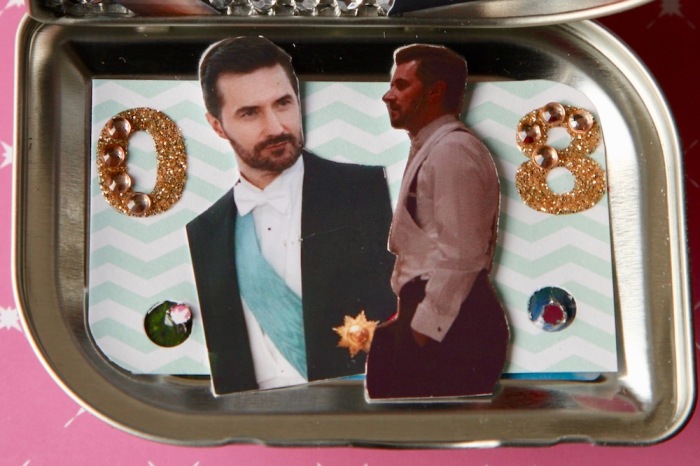 The formal attire suits him well. But actually, he looks even better when he takes off his jacket… 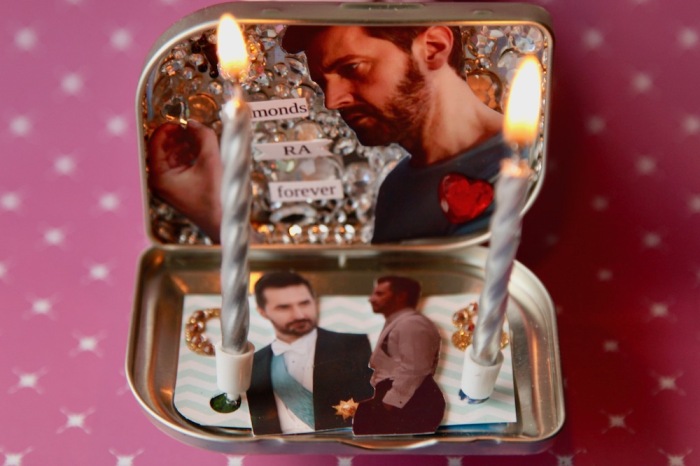 Time to celebrate, ladies. Only a short while until we get to see O8. Unfortunately for me, I’ll be on holiday at that point, but well, I’m sure stuff will filter through.

As for this shrine – it’s there for the taking. Or the giving. Having been the recipient of not one but *two* surprise packages this week, I decided to take the surprise approach on board again rather than let randompicker pull names out of a hat. Leave your comments as usual, and Guylty will tyrannically determine a recipient to receive the RAPS in a surprise package. (Unless I don’t have your address yet in which case I will have to give away the surprise and get in touch to find out your address.)

A big thank you here to my two lovely benefactresses, Hari and Tiny, who totally caught me unawares with their packages. 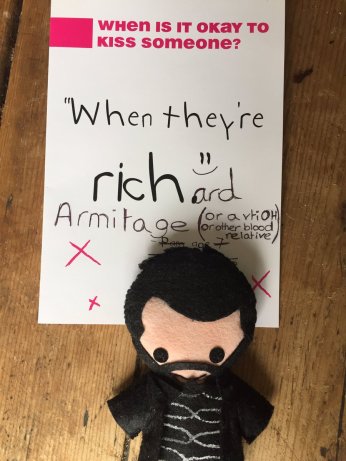 The care package actually contains a mint tin shrine (bottom right), and I am now also the happy owner of a NIFF Richie plushie… With surprises such as these, all work worries are firmly pushed into the background and life looks much brighter, all of a sudden. And that is priceless. I hope I can do the same with my RAPS surprise. Many thanks to you 😘

Edit: Damn, I got the numbering wrong… Adjusted the RAPS number in the headline. 159 shrines in total *arrrrgh* 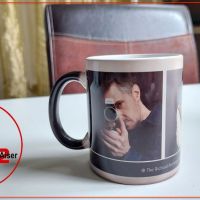 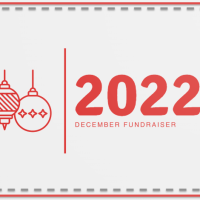 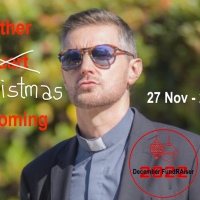 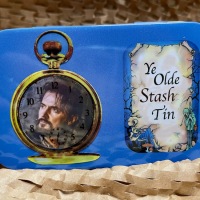 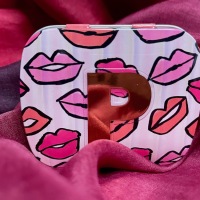