Before I get to the challenge – seldom was I so delighted in the female hygiene section of my local Boots store as today. You see, I noticed that they are selling a particular brand of sanitary towels on special offer, and it comes with my favourite kind of thin, metal tin. They are larger than the mint tins I usually use, but thinner. Thanks to the increased “square inch-age”, there is more scope for my little scenarios – like these, for instance: 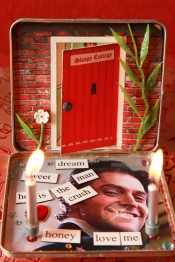 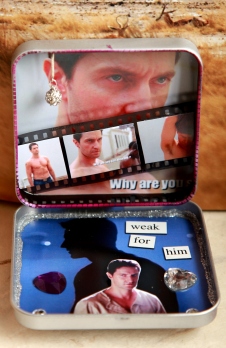 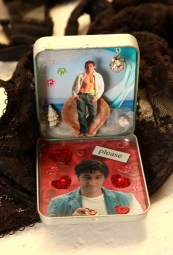 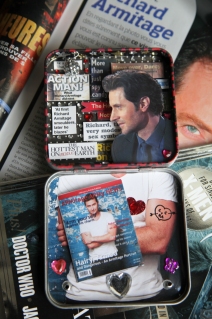 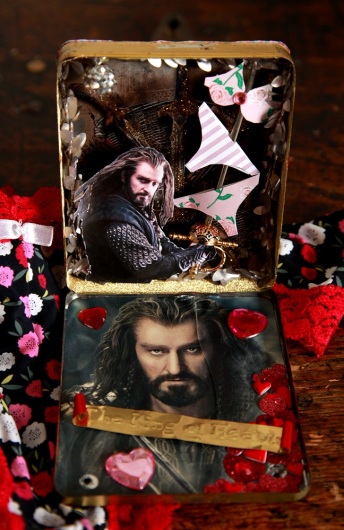 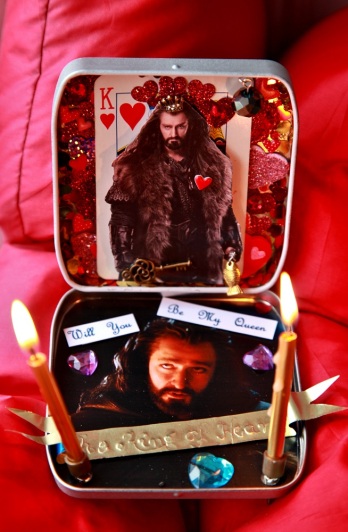 It’s been ages since I last worked with one of those square tins. So yeah, if you see anything like this, and you have need of sanitary towels or a daughter who does, get them. I’ll buy them off you!

N – Which accent/language would you like RA to speak in a future role?

So, coming from the comment thread on yesterday’s #M, I am undecided between two options. Since RA has ticked off my native language German already (for good? Is Daniel outta BS??? The discussion is currently raging on Twitter…), I am now curious to hear Richard get his Irish on. That is not Irish, the language (aka Gaelic – definitely a really hard one to master… I have been living here for 18 years and could not string a sentence together, sadly), but Irish, the accent. RA has made a couple of piss-take attempts at it, and my curiosity is piqued. In conversation with an Irish interviewer, he came up with this:

“T-horin, pushing the t-h-rolley” *bahahaha*. And then there was that handing-over of an award where he did the stage-Irish “beejaysis”.

Can he do more? I’d love to find out. He’s got classic Irish looks (although he’s a bit too tall), so hey, waiting for a good Irish role for him to pop up.

As for a foreign language – I was reminded in the comments that he spoke a few words of Italian in “Romeo & Juliet” and in “The Bloody Chamber”. Since he apparently likes Italy very much, I’d love to hear him speak Italian. Such a beautiful language – and one that requires animation and temperament. Lots of scope for an actor, I think