Quick catch up with some pretty pictures before we go into words.

Yep, a couple more portraits from Sundance have surfaced. Ok, I am not mad about camel hair coats, but I am mad about gorgeous RA. Especially when laughing genuinely, as seen on the left. (There were a few more images, but frankly, I thought they were below par. I hear that some of you ladies count them as your favourites – I’ll leave it to you to post them, then ;-))

Right, and now  in medias res. First of all a little shout out to fellow blogger Herba: Seidenkimono!!!!! I love it when my fangirling goes organic – after discussing silk kimonos with Herba on her blog, I was delighted to find Francis clad in one such in this week’s episode 5 – 3×12 of Hannibal. And somehow, that kimono is a metaphor for the whole episode. There we have a beautiful silk, smooth garment – on a vicious, monstrous man. The kimono may well be straight from the book (I can’t remember – it’s a while since I read it, and I unfortunately deleted my ebook copy of Red Dragon.) but it is used here in Hannibal’s characteristically aestheticised way. The show frequently uses contrast to emphasise aspects of the plot/characters. So clad in the silky-smooth beautiful kimono, Francis Dolarhyde is at once caring – and threatening. He thoughtfully offers a blanket to his victim Dr Chilton, covering up his private parts, and warmly caressing his shoulders. And yet, he is about to mutilate, torture and nearly kill the man.

I still don’t know what it was that RA did when he played Francis Dolarhyde, that made the film crew gasp in shock. Is it the creepy stillness in this scene?

This is fascinating to watch. It is infused with dread and anticipation, true terror, and it is precisely the stillness and calm exuded by Francis – or RA – that makes this so threatening. There is only one little drawback for me – I just can’t get over the accent. The way RA says “burn” reminds me more of an Irish culchie farmer . However, other details of the elocution are spot on – such as Francis suddenly having no trouble whatsoever pronuncing S-sounds. “Vicious, perverted, sexual failure” – he gets that across his lips without any trouble at all – just another sign that he is not Francis but the Great Dragon.

Let’s talk about the cinematography. While it is a great pity that most of Hannibal is too dark to see details, the cinematography in general is great. For the Red Dragon story arc, camera was by James Hawkinson. And I really appreciate what he did with perspective and framing. Take, for instance, the perspective in the screen shot above? How perfect does the view from below work here? It is very creepy, very scary, making the dragon look really big. Yet we still get to see all the terror on the victim’s face, too. Later on there is another scene where framing is handled beautifully:

What we get here is another fragmented view of Francis, and all we see is his cleft lip through the bevelled glass of his front door, over Reba’s shoulder. Brilliant idea – and organically done. Using items that are there in the production design, we get another aestheticised interpretation of a character. Artistic, original, exciting! Gratuitous screen cap of Francis in kimono, with chestitage. UNF. This really shouldn’t arouse me the way it does…

In general, I found that in this episode I was less interested in the Chilton scenes – despite the lack of garments *coughs* – than in the few scenes with Reba. RA does insanity and anger so well – when he interrogates Chilton he is menacing and scary, with his voice noticeably different, although I found some of the hysteria possibly a little bit too much? But wow, I wouldn’t want Armitage to get angry at me, tbh. Whereas the tenderness with which Francis handles Reba – even though he has kidnapped her and is treating her roughly – is dreamboat-y.

Let’s draw the veil of silence over the disgusting violence of the episode. The only redeeming feature of that particular scene is the camera handling that precedes it.

And then there is… Armitage and nudity. Discuss. Or just enjoy?

Shout out to Kate *eyebrow wiggle*

And that is what I am leaving you with. I think the really interesting bits will come in the last instalment, tomorrow. 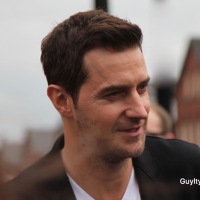 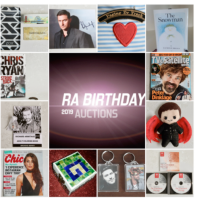