Let’s nip my bad habits straight in the bud. Well, not even straight, but early-ish. I am back from Germany for a couple of days, and before I launch back into the regular schedule – part 3 of The Impressionists to be discussed tomorrow – I thought I’d slowly transition back in with a quick report back. – I had an interesting time back home in Germany. As I mentioned in my last post, my mother is in the process of selling her house and buying a new flat for herself. I was present last week when she signed the contract for the new flat at the notary public, so the process is well on its way now. As soon as she has paid up, she will receive the keys to her flat and can start working on the required upgrades such as new carpets, enlarging the shower enclosure, connecting a toilet and sink in the guest WC, and painting the whole flat. She has chosen a beautiful – and surprisingly large – apartment for herself, including a guest room for family to stay over, and I can totally see why she wanted it.

The view from her – huge – balcony. And this is actually slap-bang in the centre of the small town she is living in…

I am – thankfully – a mostly unsentimental person. Just like I can never remember my wedding anniversary and never felt regret over foregoing a wedding party, I also do not feel bound in nostalgia to the house I grew up in. If I am totally honest, I can understand my mother. The house is awkward when you get older as it is arranged over four “semi-storeys and all those stairs are simply not practical when you are getting on in years. The house is too big for my mum, as is the garden, since the house is at the end of the terrace and the garden surrounds it on three sides. Most of all, though, the house is nowadays characterised by the absence of my dad. My mum feels alone in the big house. And with my children now grown up, there is no need anymore for three separate guest rooms. – What I will miss most, though, are the terrace and the garden. My fondest memories after Ieaving home, are of mild, sunny summer days spent sitting on my mum’s terrace. Reading, working, . Luckily my mum’s new balcony is big enough to bring her existing garden furniture. That says it all…

So yeah, I fully approve of my mum moving. And while I was home, we already made a start going through the house and decluttering, downsizing and sorting. Apart from various, meticulously preserved correspondences with assorted girlfriends, my first boyfriend, his best friend and my later husband (three separate individuals!), I also found my sticker collection from 1980-86, albums of my teenage youth group holidays in Hungary 1986, East Germany 1987 and Ireland 1988, the school exchange with Somerset, PA from 1986, and assorted school trips 1985 to 1989 *eeek*. There were childhood books to sort through, and drawers with toys (passed from me to my children but now not needed anymore). And much to my dismay we came across a huge cardboard box – approx. the size of small fridge – that was full to the brim with my dairies. *eeeeeek* O-M-G I had forgotten about those. Or rather, I had hoped I would never have to lay eyes on all that embarrassing crap again. I suspect that the early ones from age 12-14 are quite fun. But then it probably gets majorly embarrassing – boy trouble, awakening sexuality, heart ache and all. 😱 I am already cringing without even having re-read them. (Help me out here, readers – what would you do? Should I hold on to them – or just destroy all this incriminating drivel?) Going through my father’s estate was more fun, I have to say. Instead I found this: 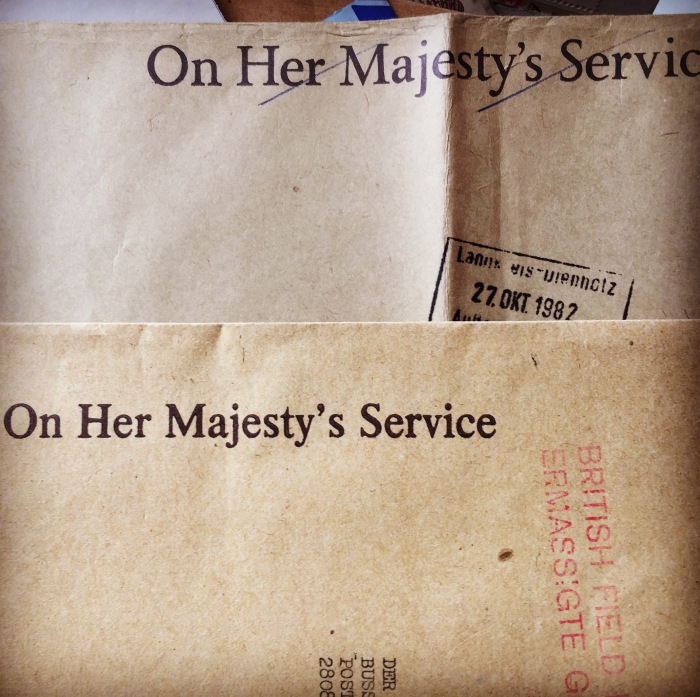 ‘S there something you never told me about, dad???

Anyway, this is getting far longer than I intended. I’ll only say this: I came away with lots of material for my junk journaliing endeavours (old envelopes, stamps, papers, plastic covers, file folders, old books, postcards etc.), as well as many items of nostalgia. And while in Germany, I made use of the season that’s in it. 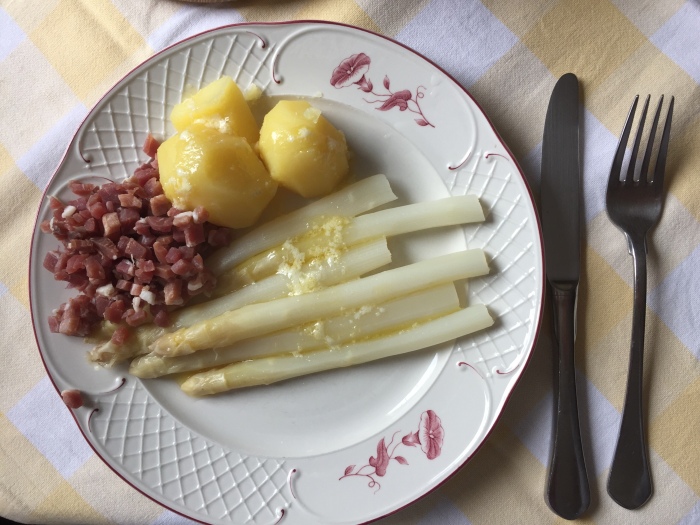 Oh, and I visited the ginkgo tree in my dad’s village. It is now doing really well.

And the next time I am home – probably July and August, to help with the move – I don’t want to miss my posting anniversary. Apparently I reached a major milestone: 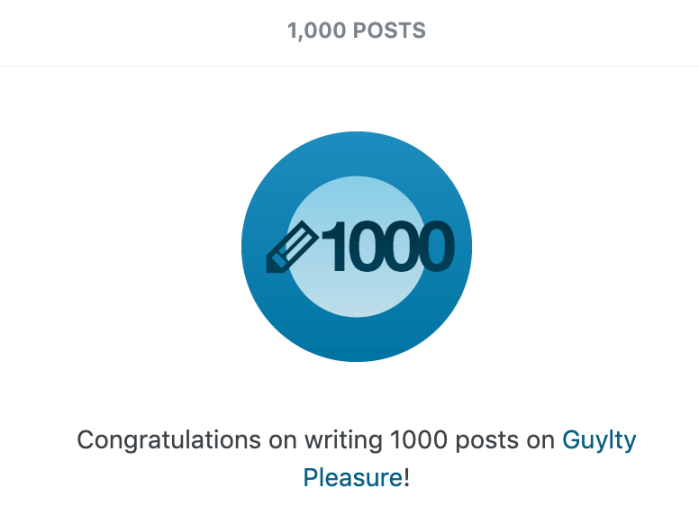 How did that happen?

PS: Last chance to re-watch part 3 of The Impressionists for a discussion tomorrow!

38 thoughts on “Reporting Back [Totally OT]”