Let’s pull a fast one.

Ok, just kidding. But boyo, is that a nasty role to play. Dr Tom Steele is the worst kind of doctor I have ever seen. All fine veneer, but absolutely rotten behind. Actually, his behind isn’t rotten but rather tasty , but it’s hard to overlook professional negligence and personal inadequacies even for *that* face…

If you haven’t watched this but want to take part in the discussion, go ahead – the clip up there is only 10 minutes long. I’ll wait while you watch and compile a few more notes.

The girlfriend scenes in the pub: I really had to snigger there. That poor actress really didn’t get much of a job out of that role. In fact I was wondering whether she was just an extra because the show seemed to make sure that she doesn’t get to *say* anything. You can’t hear her say anything when Dr Scumbag joins late for her birthday – twice. Which reinforces my ‘extra’ theory because extras are paid – wait for it – extra 😂 when they have lines…Looks as if they were scrimping… Dreamjob!!! Hey, I’d be laughing, too, if I had to simply shut up and wait to be kissed by Richard Armitage

That sportscar? Seriously? Ok, maybe it does fit Dr Scumbag’s personality. But listen BBC, it doesn’t even fit the actor! He’s too tall, hence he has to drive with the top down. (The car’s that is! Although *his* top looks a bit sparse, too 😱)

OMG, the shoes… Bad language warning: We used to call those types of slip-ons “fast fucker shoes”… Kind of fitting for Dr Scumbag…

Since this is the fangirl cut and we only see the RA scenes, I can’t properly critique the whole series or episode, but one of my criticisms of the episode is that Dr Scumbag really is quite a cardboard cut-out. The writers have really made him as bad a doctor as they could: lazy, unwilling to work, cutting corners, behaving irresponsibly, superficial, uncaring, not interested in his patients. Maybe I am idealising doctors, but I just can’t imagine doctors like that in RL and I question the realism of this episode. (That’s not to say that there aren’t doctors who have abominable bedside manners and seem completely out of place in a working environment where you have to work with and care for people.) It just seems a little bit too much – would someone as [fill in all the bad qualities you can think of] really decide to be a doctor? Would someone like that have gone through the extraordinary difficulties of becoming a doctor? I doubt it.

But well, as it is, Tom Steele is an absolute uncaring scumbag of a doctor who is not interested patients, has no grasp of psychology, behaves irresponsible on the job and is an allround asshole, see above. And as such probably the perfect role for Richard to play. No APM necessary, ladies. I am basing that on his frequently voiced opinion that he prefers to play characters that are totally different from his own personality. And what could be further from our sweet, caring, homeless-people-saving man than superficial, arrogant, egotistical Dr Steele? This is one of the first TV acting jobs, and RA appears young and fresh-faced. (A little bit too sleek in his physiognomy for my taste – this is 2001, and a few years away from the already slightly more ruggedy and less baby-faced charm of Mr Thornton.) He’s also still acting with his natural hair colour… 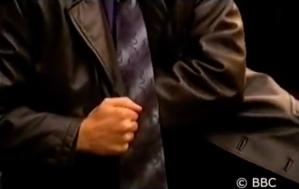 Interestingly, he hasn’t yet developed his trademark eyelash flutters or characteristic hand-to-mouth gestures. Or maybe he just doesn’t have any opportunity to use such defining gestures in this role. He plays the arrogant arse very well and is worryingly at ease in the self-confident largesse of the character. He’s also quite at home in that awful, awful black leather jacket. Seriously, that’s what men wore in 2001? Looked like 1981 in East Germany to me, tbh.

I’m sorry, there is not much redemption for Dr Steele. But maybe that is to Richard’s credit. I definitely didn’t like this callous and uncaring, self-serving doctor. Well done, Richard. But I am paging Dr Track. Urgently. 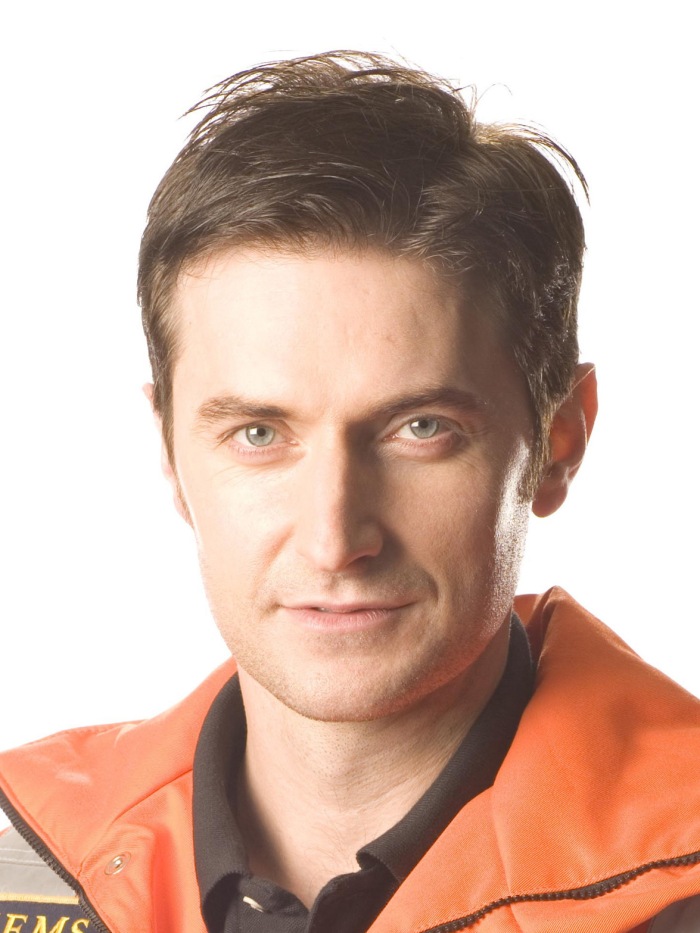 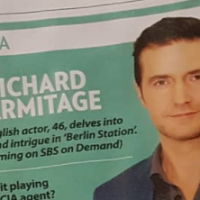