When I wrote this post yesterday (I always compile the weekly round-up on a Friday night – so that you have it ready for 8 am on Saturday morning. ), I was still in giddiness mode. Today is the 22nd, and I am now officially counting down to the 25th when A Nearly Normal Family, read by Armitage et al. will be released on Audible. Yes, I have a gif for that.

Wow, that whole room is shaking… I may have to work on my giffing skills yet 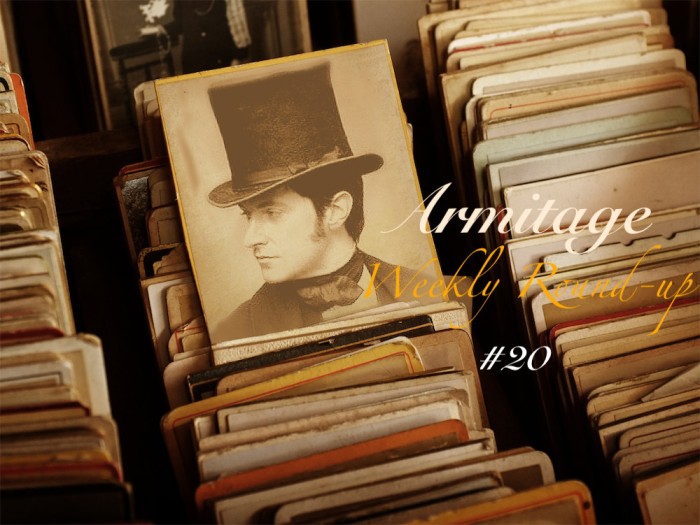 Damn, guys, I am sorry, but there isn’t anything else. Are we in silly season already? Actually, people are probably beginning to go on summer holidays. I know that nokisuu, for instance, is on holiday in Hawaii. What are your holiday plans, everybody? Going to far-flung places? I am going to Munich for a weekend next week, but that’s basically all. (I am not counting my time at home with my mother as holidays. It’ll be hard work!)

I was going to leave you a Guy of Gisborne fan video to make up for the lack of links, but my favourite fan video seems to have vanished from YouTube. I think it was called “Surrender” and was made by a fan called Olery St, featuring Josh Groban’s “My Confession”. In its place, there is a video called “Guy of Gisborne’s Confession” with the same music, but I am 100% sure that that is a different video . Ah well.

Ok, so instead I am going to embed myself in this post again. Watch this and you’ll see my video editing skills getting better and better. Guylty can now not only do titles and transitions, but also stills and outros 😂. Skip this shit if you are not interested in junk journals! I am having fun with it but I am sure a lot of people think it’s stupid. That’s fine!

Have a lovely weekend, all!