In case you have been wondering – Flat Richie spent a lovely Christmas back on home soil. British soil, that is. So he has crossed the Atlantic for the very last time. At least on this, first journey. He is on his last few stops now, with only three more hosts before he returns to the starting point in Ireland. But that’ll be a story for a different day. Let’s hear about his Christmas holidays. His host, Rachel, tweeted about her visitor over on Twitter. So, in her own words and images:

Well it might not be @RCArmitage Christmas letter to his 'well wishers' but I think I have the next best thing! Santa has come early to this lass! #Flatrichie #MerryChristmas #richardarmitage #notallthosewhowanderarelost pic.twitter.com/MM5GJgkUFN

Guy and Thorin are hiding out amongst the Christmas decorations trying to avoid the attention of the great and mighty cat dragon Eddie #Flatrichie @GuyltyPleasure pic.twitter.com/ga16eYJ1gb

Best part: Rachel actually took Guy/Thorin/Richie to a real castle. You can read all about it here (and in the thread following the first tweet):

After a couple days stuck inside, Guy demanded that I take him, post haste, to the nearest castle. I acceded to his demands and off we popped to Caldicot Castle where he started up with plans of a siege. It was then I pointed out "You and who's army?" pic.twitter.com/6mT3OZaE5G

There are more fun tweets and pictures if you search for #flatrichie on Twitter, but I won’t deprive you of the most important question of all: What did Rachel find in the parcel to keep? This:

As #Flatrichie will be back on the road tomorrow, I finally made my choices! None are particularly Armitage related, I just liked them (Moomins!!) and they're appropriate. Been fun having the chap's round for Xmas and they'll start the New Year with their next recipient! pic.twitter.com/glllmR9nGY

Great choices! That sign is hilarious, btw! Thank you for documenting Flat Richie’s stay, Rachel, and sharing his latest visit with us.

And now Flat Richie is travelling on. He only has a short distance to go, staying in England for the next stop. I hope he arrives there soon. Meanwhile, here is the criss-cross of Flat Richie’s travels so far: 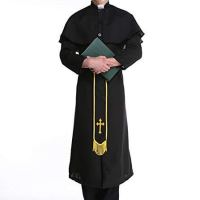