Just a quick note today. I just read an interview with Richard Armitage in Austrian online mag Heute. You can find the German language interview HERE. It’s preceded by a little photo slide show that just gives a few pieces of info about The Lodge having premiered at Sundance, shows his co-stars and mentions some of his previous roles. For your pleasure, I have translated the interview into English:

“The Lodge” had many surprises in store for the otherwise resolute actor. Especially when it comes to working with its directors.

In their international horror debut “The Lodge”, Austrian directors Veronika Franz and Severin Fiala put a broken family through hell. After a terrible tragedy, devastated family man Richard (Richard Armitage) tries to calm things down between his children (Lia McHugh, Jaeden Martell) and his girlfriend Grace (Riley Keough). But what begins as a quiet Christmas holiday ends in relentless madness, from which there is no way out for anyone.

Interviewed by Heute, British theatre and film actor Richard Armitage (48, “The Hobbit”, “Berlin Station”) talks about his experiences with the directing duo from Vienna, what fascinates him about his young co-stars and why he likes to visit Austria.

Heute: How did you find out about “The Lodge”?

Richard Armitage: Veronika and Severin approached me in 2017 and offered me the role. Their script was really exceptional. I am also a big fan of their first film “Goodnight Mommy”. I was really looking forward to working with them.

What particularly appealed to you about the role?

Richard Armitage: When my character decides to bring Grace, this inscrutable woman, into his traumatised family, the story takes a dynamic turn. We as viewers never know whether the threat is real or only in the children’s minds. These “reality and perception” contradictions generally run through Veronika’s and Severin’s work. When I got the script, I was thrilled that this aspect is so strong in “The Lodge” too.

What was it like to work with two Austrian directors?

Fantastic. They are very friendly, lovely people and are very democratic in their decisions. They neither restrict their actors, nor do they impose too much on them. It was a first for me to work with two directors at the same time. At the beginning I didn’t know how to do it. But it helped my work enormously to be able to get instructions from two people.

Was it noticeable that “The Lodge” was the first international production by Veronika Franz and Severin Fiala?

No, not at all. Everyone in the team knew their first film “Goodnight Mommy“ and admired them for their impressive film language. The aesthetics and atmosphere they create in their films is exceptional. They are still shooting on real film, there is no digital material. It’s more time consuming, but I enjoy working like that.

The film deals with really dark, terrifying topics. How did you deal with it on the set? Especially seeing that the young actors Jaeden Martell (17) and Lia McHugh (12) were so heavily involved?

It’s true, Jaeden and Lia are still young, but they’re very mature for their age. In addition, the playful aspect was in the foreground during the entire shooting. I think children are inherently gifted to play truthfully. And they are not afraid to deal with dark topics while acting.

How long did you work on this film?

The entire filming took eight weeks, with my scenes being shot in just under 14 days. During this time, the entire crew was accommodated together in a hotel. Like the house in which the film is set, our accommodation was also snowed in, which created additional atmosphere.

Will you be seen in horror movies more often in the future?

In my opinion “The Lodge” is not a horror film in the classic sense of the term. I would rather call it a dark psychological thriller. I don’t like splatter films where body parts are chopped up. I find it much more exciting when the film goes deeper, when the lines between reality and nightmare are blurred.

Do you want to work with Veronika and Severin again?

Of course. Immediately. I’m just afraid that I’ll have to improve my German skills by then (laughs).

Have you ever been to Austria?

Yes, several times. I spent some time in Vienna and have often been skiing in the mountains. I really like Austria.

“The Lodge” is showing in Austrian cinemas since February 6, 2020.

13 thoughts on “Fan Service: Translation from “Heute” Interview with RA” 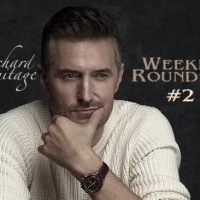 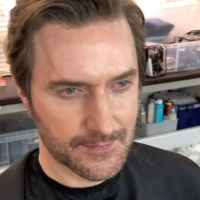