Anniversaries are usually not on my agenda. I tend to forget significant dates – whether it is my own wedding anniversary (I usually only remember it on my son’s birthday – who was born five days after my wedding) or things like theatre visits (don’t ask me when I saw TC for the first time, for instance). This day today is a different matter. Exactly a year ago I was in London, and at this time I was meeting up with Linda60, getting ready for the theatre.

It was the first of the previews of Uncle Vanya in the Harold Pinter Theatre. The fact that I was there, was pure fluke, anyway, because the initial plan had been to see the play mid-run in March. But then I spontaneously decided to splash out on a short trip to London for one night only, specifically to see the first preview of the play. In hindsight, that was a lucky decision, as we all know now.

I remember how excited I was to see RA on the stage, live, again, and what a thrill it was that Astrov was basically the first character to appear on the stage when the curtain was drawn. There he was, on the left side of the stage, and my breath caught and my heart fluttered, a bit.

I admit that some of the play was actually overshadowed by the sheer joy of simply seeing RA on stage. Frankly, I didn’t really pay that much attention to the play – because at that point I thought that I was going to see it again, at a later stage. I concentrated on RA, and I remember noting a few things. The way he stood on stage with his hands in his pockets, like in the picture above – which kind of accentuated his lush posterior in a rather pleasing way *coughs*. The length of his hair, which struck me as very early-Chekhov. I remember feeling quite pleased and surprised about his comic timing, and how well he did in a play that was surprisingly funny. And I remember laughing to myself when the play got to the point where Astrov rips off his shirt and goes frolicking in the rain. So much for “don’t want to take my kit off anymore”…

Then there was the excitement of the stage door – which was actually much less coronary-inducing than on previous occasions, possibly because I had my doubts whether he would show up at all, first night etc. Instead there was a very close encounter with a seemingly relaxed and friendly RA who kindly posed for lots of photos and signed programmes. 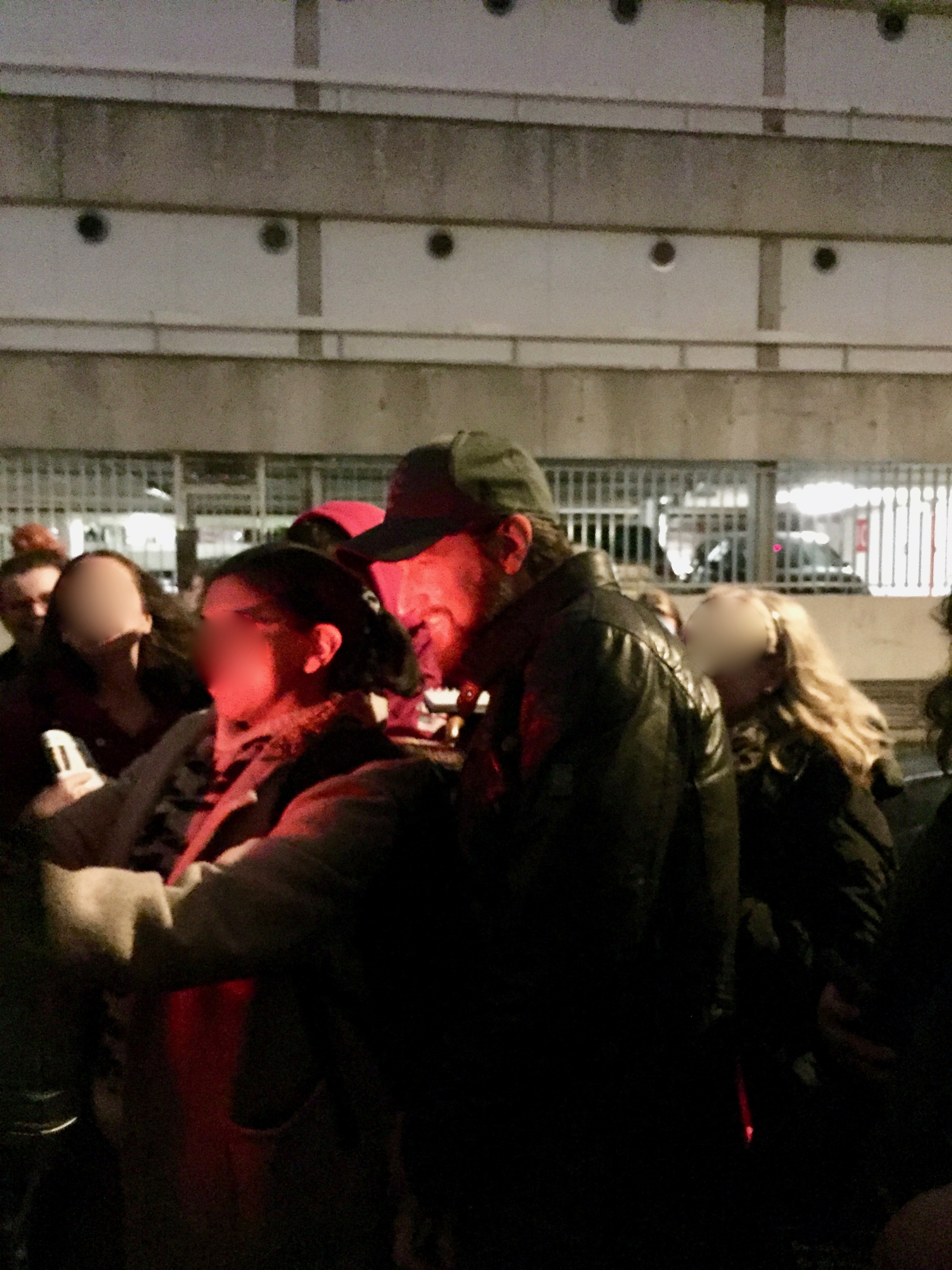 So, today is a bit of a bittersweet look back at a theatre experience that has become unforgettable, not least because of what happened later. I’m glad I made that first trip – not least because it made it easier for me to cancel the later, planned trip (at a time when the pandemic was building momentum, yet the theatres had not yet closed). There is also a feeling of closure in it for me, today. A year later I feel as if maybe now I can actually go and watch the filmed version of the play without it feeling overshadowed by the disappointment over the cancelled tickets. And I am also glad that now the fans can get back onto equal footing, with the filmed version available – somehow – for everyone. The film doesn’t quite replace the live experience and I am glad it exists. But I also look forward to the future when hopefully we can experience theatre live again – preferably with Mr A in a juicy role.