Hello hello hello! It’s been three weeks since the last round-up. An update is overdue, especially since I already returned from Germany a week ago. I missed last week’s round-up because I was wrecked from a delayed return the night before. Thunderstorms in Munich delayed my departure there so that I only arrived into Dublin at 11.15pm, reaching home after midnight. I’m not a spring chick anymore, so I needed some adjustment after the trip – and after the sudden changes of temperature. Munich was great, but we had – as is customary whenever I visit in summer – temperatures in the mid-30s. Coming from chilly 17 degrees in Ireland, it felt like being hit with a sledgehammer. But never mind, it didn’t hold us back from having a great time visiting my daughter on her ERASMUS semester.

Before I ramble on, let’s first get to what you came here for. The weekly round-up – with a new cover picture, thanks to a newly released image by Kaitlyn Mikayla.

Really, there is so much more there with all the fics, but since I couldn’t read them all, the links to the masterlists will have to do. Hope you’ll find some distraction there.

As for my short break in Germany, apart from sweating, drinking and eating we also did a few other things. I felt extremely lucky to be spending time with my grown-up children, and it was great to have the opportunity for many chats, often over a glass of beer or “Radler” (shandy).

One of the highlights was undoubtedly a day trip out to one of the lakes near Munich at the foot of the Alps. We took an early morning train (for which the children had to get up at 6am!!! Quite a feat!!!) to the Tegernsee and spent the day walking on the shore, taking the boat to the other side of the lake, exploring, eating, swimming and enjoying the mountain panorama.

In Munich, I also got in touch with Linda60 and she spontaneously came out to meet me for dinner. We even went to the same restaurant where we met on my first Munich visit (Pfälzer Weinstuben in the courtyard of the Residenz palace). While my son stayed with his sister in Munich, I was put up by a friend. The three of us spent the days together, but in the evenings I let the kids do their own thing party. Tbh, it was wonderful to see for me as their mother that my children get on so well with each other and enjoy spending time together. – Master Guylty had to return home on the Monday, and I then took the train to Regensburg to stay with my other friend again. It was very relaxing because despite a few work commitments, all we had to do was walk into town, shop, sip coffee, eat ice cream, have dinner, and walk home. Perfect 😉.

And yes, of course I came back with more than I had initially flown out with. 😂 My Munich friend raided the free book exchange in her parents’ affluent neighbourhood and presented me with 20 antique books. 📚 I chose the best ones (i.e. with old German font and gorgeous covers, some of which you can see above) and then added a few more when I found some gems in the Regensburg Oxfam. Among others, I picked up a handwritten recipe book from 1930 (centre of picture above) with some beautiful hand-writing… (Oh, and of course I also stopped in “Action” again 😊.) This time I was prepared: I had brought an (empty) extra bag with me and bought an extra piece of luggage to check into my flight…

Ending today’s round-up + update with a picture of Jag, our cat. Those of you on Twitter know that the poor thing had to have one of his hind legs removed while I was away. I was very upset over the whole thing, but according to Mr Guylty, the vet assured him that amputation was the kindest thing to do. Jag had grown a tumor on the leg, and the only options were painkillers or amputation, with the latter actually promising a longer life than simply giving him painkillers. The picture above is already post-op, but he is sitting in such a way that you can’t see he is missing a leg. I was worried that he would have problems walking up and down the stairs but he is coping very well with his three legs. Thank you for all the good wishes and for sharing experiences – it really made me feel reassured that all would be fine!

Right, that’s an over-long update. Hope you all have a nice weekend! 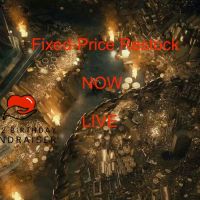 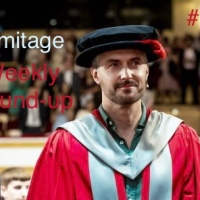