Help. I only came back from London on Tuesday. Half the week missing for scouring the Best of RA on tumblr, Week 29. But you know what? Providence was with me again. My absence coincided with Monday’s premiere of ITS in New York. So plenty of new material for the interested fangirl to ogle, play with, gif, drool over, listen to, collage, copy, illustrate and and and.

Usually the Weekly Round-up is not the place where I pursue my manic love-facilitation project. However, since I am able to fabricate a tentative connection between tumblr and the ITS premiere featuring this week, let me take the opportunity to send a message of congratulations to my original tumblr-bestie and now-RL-friend Abby aka Playazindaback on tumblr (AwkwardCelebrityEncounter elsewhere). A fandom love story if there ever was one. You see, we bonded two years ago over our mutual disgust at our ancient ages in tumblr terms. I think I developed my crush on Abby when she coined the phrase “crypt-keeper of the fandom”. LOL. I properly fell in love with her when she visited the set of ITS in the summer of 2012 and then blogged about it in her inimitable cartoon style under the heading of Say nice things about Detroit. Well, can you fall in love long-distance? We probably sealed the deal when we met in London last year and she eventually visited me in Ireland just after New Year’s 2014.

This has somewhat turned into a testimonial. I suppose I should say now that I am 100 percent biased when I declare her my favourite fan-reporter… And to make up for that I’d also like to point out Julie from RACentral who did an equally fantastic job at the black carpet. In any case, both these ladies, unconnected with showbiz and/or the media, managed to report in a most professional and entertaining manner from the premiere, representing themselves, their fan-sites (Abby reported for RANet) and the fandom as a whole with class, wit and dignity. Mr A certainly appeared very much at ease with you, and I think he can proudly claim to have very clever and capable well-wishers in his Army. Thank you for that. You have set the bar and you may have also established a precedent. I hope so.

Ok, and now for the fun I have found:

Ok, I probably could’ve found more, but I daren’t go into the tag *ggg*. Hope you were entertained! 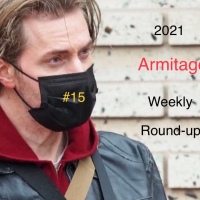 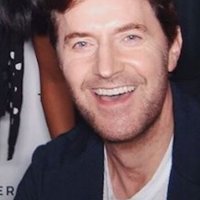