over the weekend, no doubt you have seen the heart-breaking image of a little Syrian boy, washed ashore in Turkey. For me it has highlighted the urgent need for all of us to step up to the plate and do something about the current humanitarian crisis in the Middle East, as have the images of hundreds of people welcoming the refugee trains in Austria and Germany, with food and gifts. Tbh, I am put to shame by the efforts of some of my friends who are actively helping on the ground. A friend of mine is organising shelter in Regensburg (town in Southern Germany), directing the logistics of sheltering refugees, collecting items and welcoming the first busloads of refugees. Another friend in Austria is collecting items. Even in Ireland my German friends are active. A crafty friend of mine has pledged all proceeds from one of her needle art projects to go to the refugees, another one is collecting baby slings and will send them to the Greek island of Kos where a lot of refugees arrive with babies or even highly pregnant, and need something to carry their precious children in. I have goosepimples just thinking about it.

I want to do something, too, but I can’t collect urgently needed items and am too far away to lend a helping hand at a refugee shelter. What have I got that could generate a donation? I can make shrines and auction them off for charity. But is it too soon for that after the previous RAPS for Charity in aid of Nepal? Tbh with you, I didn’t really care yesterday, I just wanted to do *something*, and so within 36 hours three shrines saw the light of day.

And not only that. As soon as I had mentioned I was embarking on this charity idea, I received offers from other creative, compassionate souls who have offered to add items to the auction, among them the wonderful Nancy/@_sinnamin who did not hesitate and immediately created one of her unique and inimitable plushies to go into an auction. (I have been granted a sneak preview and I can tell you it is to-die-for cute!!!) Add to that the as-yet secret gifts that my tumblr friend Paula/pollysthings sent me a while ago with the stipulation to auction them off whenever I was going to do another fundraiser. So we have a number of items that could raise a donation for the refugee crisis.

Now, the trouble is, that I will be on a business trip for a week from Thursday. I would like to get a fundraiser going sooner rather than later, but an auction takes time and needs promoting, and the two days until I go away are simply not enough for getting attention, organizing the auction and going through with the bidding process. I am at a loss what to do – I need help deciding. Is it too long a run-up if I start advertising an auction now but will only hold it next week? Should I hold the auction immediately upon return? That would mean starting on a Friday – is that bad timing? (Are people more likely to be online on weekdays?) Was three days long enough/too long when I did the auction last time? (There were a few late bids which I could not accept as bidding had already been closed.) Any suggestions what could be done better? Ideas for fundraising in conjunction with the auction? I’d be grateful for your feedback.

In any case, it’s a foregone conclusion that an auction will happen. Because we need to raise money for the refugees. And since I have made those yokes, they have to go, either way. I’ll leave you with a teaser – or a reward for reading and replying. This needs a new home: 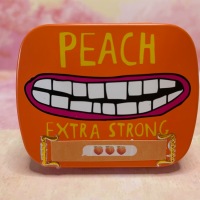 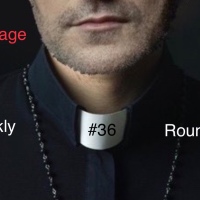